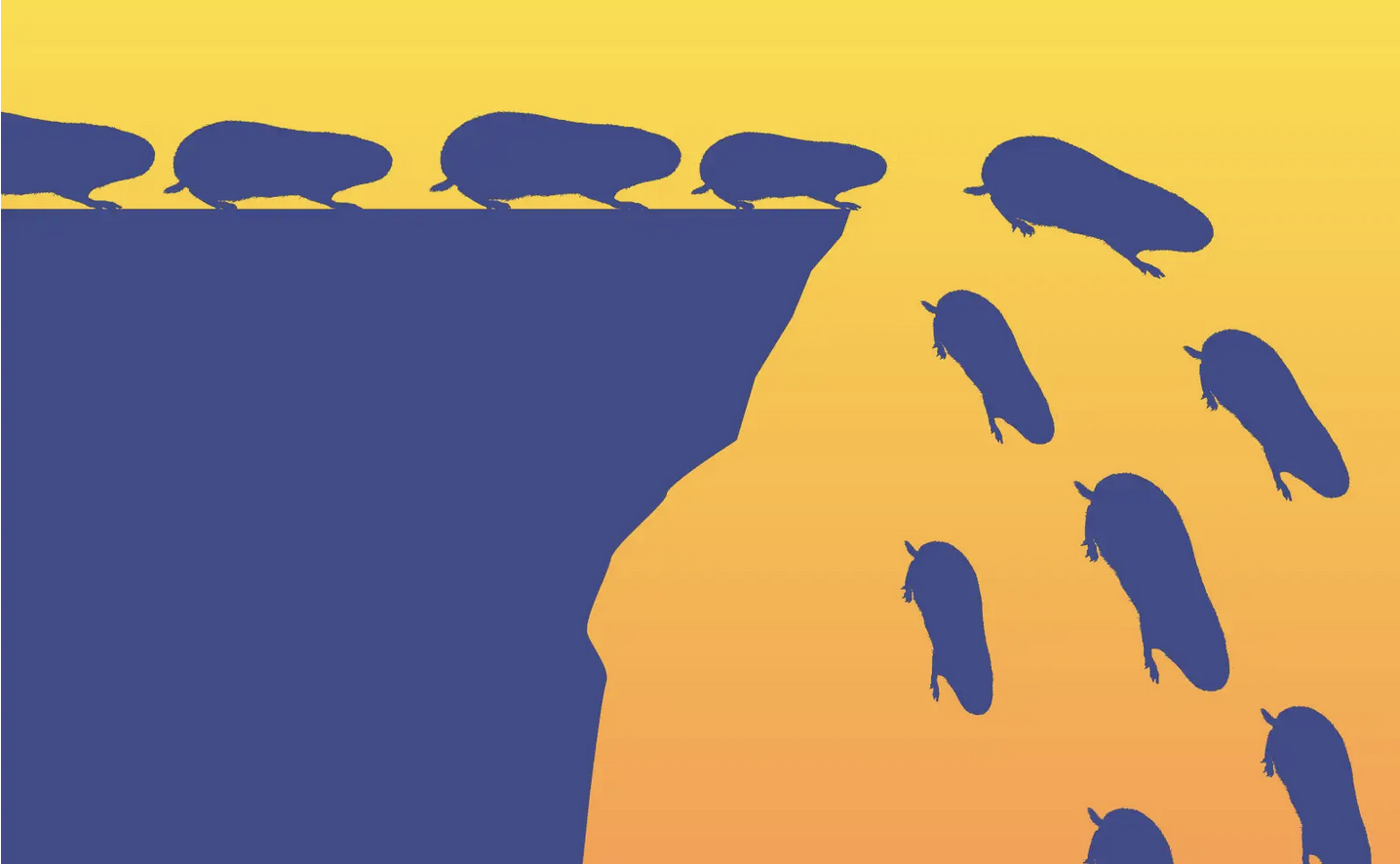 Everything Old is New Again

While researching this post, I came across 20+ examples of history repeating itself, not only in the sense of a strikingly similar viral evolution of historical pandemics like the influenza pandemic of 1918 and the plague in 1630, but also in the familiar trajectory of human response– repeated almost exactly in each time period–even in the face of advances in technology and medicine. One paper that offered excellent context for this repetition throughout history was written by Massimo Lolling at the University of Oregon. A language professor, Lollini writes about rereading The Betrothed and The History of the Column of Infamy, two novels by Alessandro Manzoni, through the lens of historical and philosophical analysis. The novels offered retellings of actual events during the 1630 plague that eerily mirrored choices being made by authorities in both 2020 and in 1918: super spreader events such as parades not being cancelled, delayed response to the virus that started long after the virus was circulating in the population, inadequate recommendations for public precaution out of a fear of disrupting “normal” life and commerce, an invocation of the “divine” as a placebo protectant by religious leaders, people protesting health advice from authorities and falling back on superstition and old wives tales instead of what passed for medical advice at the time, an over reliance on the Catholic Church to protect the public through prayer, and a devolution into what Lollini calls “conspiracy syndrome.” There was even a 1630 version of eating horse paste and having a lynch-mob mentality, as the population believed certain non-believers were “plague spreaders” who went around spreading poison on churches where “good people” gathered, often leading to regular people being tortured by the public and police. There was even the echo of a fear of foreigners as plague spreaders in 1630 Milan, something we see again in 1918 and in 2020. This brings us to language, religion, and tales of conspiracy, a behavior pattern that repeats with each outbreak through the centuries.

The Language of Conspiracy

Lollini references Manzoni’s exploration of language as it was used to alienate the population from reality. Manzoni detailed that the authorities banned words that reflected the true nature of the issue; banning the use of the word “plague,” for example, instead using words like “pestilential fever” that left room for the population to latch onto conspiratorial ideas of sorcerers, poisoning by foreigners, witchcraft, and other anti-Catholic falsehoods, making treatment even more difficult. This eerily echoes the 2020 rise of conspiracy beliefs in anti-vaccination circles. These anti-vaccination groups are often made up of New Agers, homeschoolers, organic farmers, “Yoga moms,” and other questioning spiritual groups who bond over vaccine conspiracy theories, such as the idea that somehow a COVID-19 vaccination would create a supernatural connection to a 5G network, or even a direct link to CEO Bill Gates–as if he were himself some kind of technological sorcerer. We continue to see an impact from these linguistic gymnastics, similar to that of 1630 and 1918, in 2022 as the COVID-19 pandemic continues into its third year. The population of science-deniers and conspiracy believers continue to refer to the pandemic as “just like the flu,” to call the vaccines unsafe, or even to talk as if society were already past pandemic stage and into endemic stage, instead of speaking the truth of what is happening. We now see the language of conspiracy and obfuscation bleeding out into official channels in the form of public health propaganda, as the CDC in the United States prepares to issue guidance that lays blame for what scientists are calling “long covid” on “pre-existing conditions,” potentially setting the disabled (both newly disabled from Covid and previously disabled), the different, the foreign, and the “other” up to be excluded from medical assistance as well as to be vulnerable to violence from a conspiracy driven segment of the population. It’s important to note, also, that the CDC language includes such normal human behavior as “low activity level” and “grieving” on this list of preexisting conditions, per their website.

To explore the hypothesis that religious or spiritual people are more susceptible to conspiracy beliefs, it’s important to define religion and spirituality. I define religion as any organized religion of any denomination, such as Christianity, Hinduism, or Judaism for example. I define spirituality as any non-traditional spiritual belief such as a belief in Wicca, New Age spiritual pursuits like Tarot or Astrology, Westernized Yoga and Meditation practices, generalized spiritual feelings that there is some spiritual path to the universe, etc. Some studies equate religion with positive traits, however; religious beliefs and conspiracy beliefs can overlap. Specifically, religious beliefs not only can occur at the same time as conspiracy beliefs, but conspiracy beliefs may also activate a similar part of the brain. In the case of spiritual beliefs, which also display co-occurance with conspiracy beliefs, Ward and Vows coined a term for this that applies specifically to the New Agers who believe in conspiracy theories: conspirituality. In the case of the New Age movement, there is also a connection to fascism, as the conspiracies New Agers gravitate toward often touch on old propaganda from the days of Hitler about ascension and shifts in the collective consciousness of humanity.

How Much Does Groupthink Factor In?

I define groupthink as the suspension of critical thought that can happen when a group of people feels their solidarity is at risk. It creates an atmosphere where the group makes poor decisions both for themselves and for those outside the group because it causes a group to perceive their options as limited. Frequently seen in both corporate environments and religions, groupthink has a few main criteria: unwillingness to accept vulnerability, squashing objection by rationalizing group decisions, insistence on the idea that the group is “absolutely good,” peer pressure applied most heavily to group members who show signs of breaking from the narrative, quelling disagreements, and promoting the idea that the group is cohesive even it is blatantly obvious it is not. Groupthink is part of the core practice of organized religion, especially fundamentalist religions.

A group of researchers at the University of Miami found that groupthink and ideological motivations are the cause of most COVID-19 conspiracy beliefs, as well as political party affiliation. A more current real-world example of groupthink can be seen in the news as of March 2022: as mask mandates have lifted across the United States despite of overwhelming evidence that the pandemic isn’t over, people are beginning to believe that being mask free means the pandemic is over, even in the face of continued data to the contrary. This is an example of groupthink creating an atmosphere of science denial even among those who previously followed the recommendations of scientists. This data is observational thus far, however; there is new research being done by researchers like Abbie Richards via social networks like TikTok and Twitter to ascertain the accuracy of this observation and understand its meaning. I predict this new research will corroborate findings about the fundamentalism to conspiracy belief pipeline and add new data about risky behavior.

My hypothesis that religion and spirituality would impact COVID-19 conspiracy beliefs was partially supported by the studies reviewed in this paper. It was confirmed that fundamentalist religions are more likely to believe in conspiracies in general and in COVID-19 conspiracies in particular. The spiritual group also demonstrated some conspiracy inclinations, but not as many as predicted. I see opportunities for more study in that area. An unexpected finding was that people who were simply religious without being on the religious fundamentalist fringe weren’t necessarily as predisposed to believe in conspiracy. This is another opportunity for research.

Note: the topic of this blog was part of work done in my doctoral studies with Dr. Regina Tuma 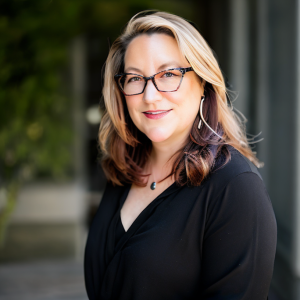 PrevPreviousWeaponizing Psychology Against Minorities: A Brief Review of Historically Harmful Choices in Psychological Practice and Research 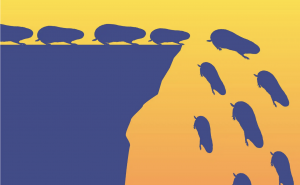 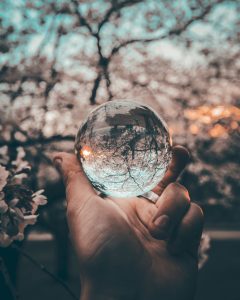 Weaponizing Psychology Against Minorities: A Brief Review of Historically Harmful Choices in Psychological Practice and Research

Weaponizing psychology against minorities has been (and remains) a troubling trend. Psychology, and especially early psychology, has historically viewed the working of the mind and the study of behavior and emotion through the lens of colonization, weaponized homogeneity, control, and whiteness